“Institution” shall mean any college or university chartered by the regents or incorporated by special act of the legislature that maintains a campus in New York.

“Business Day” shall mean any day except Saturday, Sundays, and/or any day which is a federal holiday or in which the college is closed.

“Bystander” shall mean a person who observes a crime, impending crime, conflict, potentially violent or violent behavior, or conduct that is in violation of rules or policies of an institution.

“Code of conduct” shall mean the written policies adopted by an institution governing student behavior, rights, and responsibilities while such student is matriculated in the institution.

“Confidentiality” shall be to the ability of identified confidential resources to not report crimes and violations to law enforcement or college officials without permission, except for extreme circumstances, such as a health and/or safety emergency or child abuse.

“Privacy” shall be SUNY Broome Community College offices and employees who cannot guarantee confidentiality but will maintain privacy to the greatest extent possible, and information disclosed will be relayed only as necessary to investigate and/or seek a resolution and to notify the Title IX Coordinator or designee, who is responsible for tracking patterns and spotting systemic issues. Most SUNY Broome employees are required to report known incidents of sexual assault, or other crimes. They will not share the private information beyond what is required or needed to comply with law and policy.

“Accused” shall mean a person accused of a violation who has not yet entered an institution’s judicial or conduct process.

“Respondent” shall mean any individual who has been reported to be the perpetrator of conduct that could constitute covered sexual harassment as defined under this policy.

“Complainant” For the purposes of this Title IX Grievance Policy, Complainant means any individual who has reported being or is alleged to be the victim of conduct that could constitute covered sexual harassment as defined under this policy.

“Reporting individual” shall encompass the terms victim, survivor, complainant, claimant, witness with victim status, and any other term used by an institution to reference an individual who brings forth a report of a violation.

“Formal Complaint” or the purposes of this Title IX Grievance Policy, “formal complaint” means a document – including an electronic submission – filed by a complainant with a signature or other indication that the complainant is the person filing the formal complaint, or signed by the Title IX Coordinator, alleging sexual harassment against a respondent about conduct within SUNY Broome education program or activity and requesting initiation of the procedures consistent with the Title IX Grievance Policy to investigate the allegation of sexual harassment.

The term “consent” means a knowing, voluntary, and mutual decision among all participants to engage in sexual activity. Consent can be given by words or actions, as long as those words or actions create clear permission regarding willingness to engage in the sexual activity. Silence or lack of resistance, in and of itself, does not demonstrate consent. The definition of consent does not vary based upon a participant’s sex, sexual orientation, gender identity, or gender expression.

The term “covered sexual harassment” includes any conduct on the basis of sex that satisfies one or more of the following:

*Note that conduct that does not meet one or more of these criteria may still be prohibited under the Code of Conduct.*

The term “sexual activity” shall have the same meaning as “sexual act” and “sexual consent” as described below: 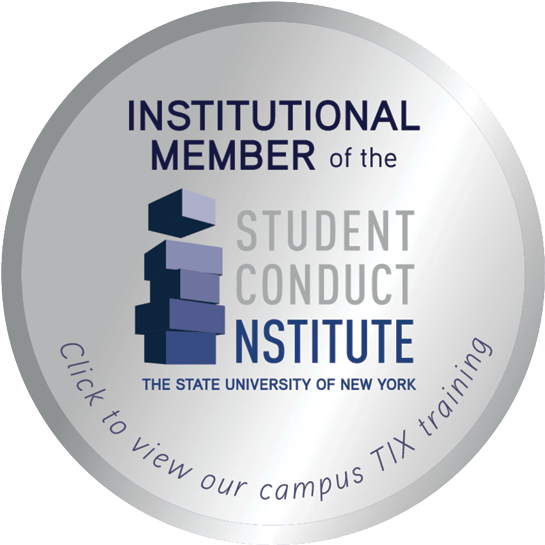